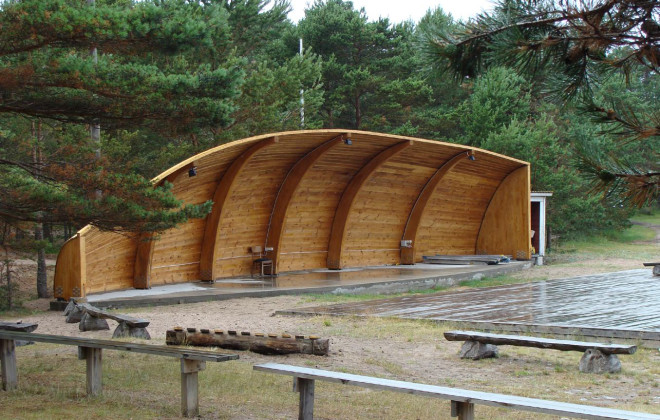 The festival stage is planned to be built in the area of Viimsi, Kelnase Village, Island of Prangli. The stage will have a public use function for community gatherings, festivals, events, openair theatrical performances, etc. The stage will be built in the direction of north-east, near the common historic campfie site. The architectural design is based on a traditional boat of the Prangli Island, which is a bit shorter and stubbier. In the form of a boat, cut in half vertically, the arch forms a stage at the festival grounds. The basic construction consists of laminated wooden ribs and beams which have a shell built around them. The shell is formed of 20X200 mm wedge-shaped cut boards. The base of the stage is a solid concrete structure. [:ru]